Winnipeg Wild Alumni, Stephen Kleysen (’97) has committed to the University of Niagara Purple Eagles for the 2018/19 season.

Kleysen, 20, is currently in his 2nd season with the West Kelowna Warriors where he has amassed 9 goals and 33 points to go along with 56 penalty minutes in 73 games in the BCHL. The 6’0”, 190-pound rearguard has gotten off to a strong start in his 20-year-old campaign as he’s posted 3 goals and 10 points in 15 games.

The Winnipeg, Manitoba native came to the Warriors last season after spending the 2013-14 season with the Provincial Champion Winnipeg Wild playing 44 Game and putting up 25 points (7g + 18a), a season and a half with the Winnipeg Blues of the Manitoba Junior Hockey League (MJHL) before playing the last half of the 2015/16 season with the Madison Capitols in the United States Hockey League (USHL). In 87 career games with the Blues, Kleysen tallied 7 goals and 36 points before his short stint in Madison saw a goal and 3 points in 25 games before becoming a Warrior.

Warriors associate head coach and general manager Shae Naka, who is in charge of running the defense for West Kelowna, knows how valuable the 20-year-old defender can be at the next level, “Stephen has been a model player for our program since he got here last year,” commented Naka, “He is a reliable player who plays minutes in every situation of the game. We are excited for him to continue his playing career at the next level.”

“I am very excited to be playing hockey for the University of Niagara next season,” commented Kleysen, “It has been a goal of mine since I was 15 years old to play college hockey. I feel that the coaching staff at Niagara is elite when I comes to player development not only on the ice but also off the ice they will help me to become a better person. I think there is big things happening with that program moving forward and I am excited to able to be a part of it.”

“I would like to thank my parents who have been the back bone of my hockey career,“ continued Kleysen, “and have always supporting me and pushing me to be the best that I can be.”

It doesn’t happen very often, in fact it is a rarity at the Midget level of hockey however; it’s happened to the Winnipeg Wild’s Kyle Bettens. The sixteen year old 6’2” 185lb forward, who is also an assistant captain with the Wild, has been offered a scholarship to attend Bemidji State University and be part of their NCAA Division 1 Hockey Program. Kyle has verbally accepted BSU’s offer.

Bettens, who is currently in his second season with the Wild, was excited and honoured upon hearing the news of the offer. Numerous schools had shown some serious interest in Bettens during the past few months however; BSU was the first to come to the table with an offer displaying their firm commitment to Kyle and his future.

Despite the excitement surrounding this latest chapter in Kyle’s hockey career he has tried hard to maintain a humble and grounded outlook on everything. “Its great news and I’m really excited for the future however; this season I’m proud to be part of the Wild and my focus is on the success of our team. We’ve got a great bunch of guys on our team, we’re a close group and I want to do everything possible to help us win.”

On Thursday December 28th, 2017 the Winnipeg Wild had players volunteer to help out with the Ice Traders Grass Root Holiday Classic hockey tournament. The tournament took place over the Holiday break at several arenas in Winnipeg and involved teams competing at the Atom, Minor Atom and Novice levels. Four Winnipeg Wild players (Mason Waite, Kyle Bettens, Mitchell Joss and Reese Belton) volunteered to help run the shooting tent at the event. The Wild players had fun with the kids in attendance. They helped them and gave them tips on shooting. Thank you to the Wild players for staying involved! 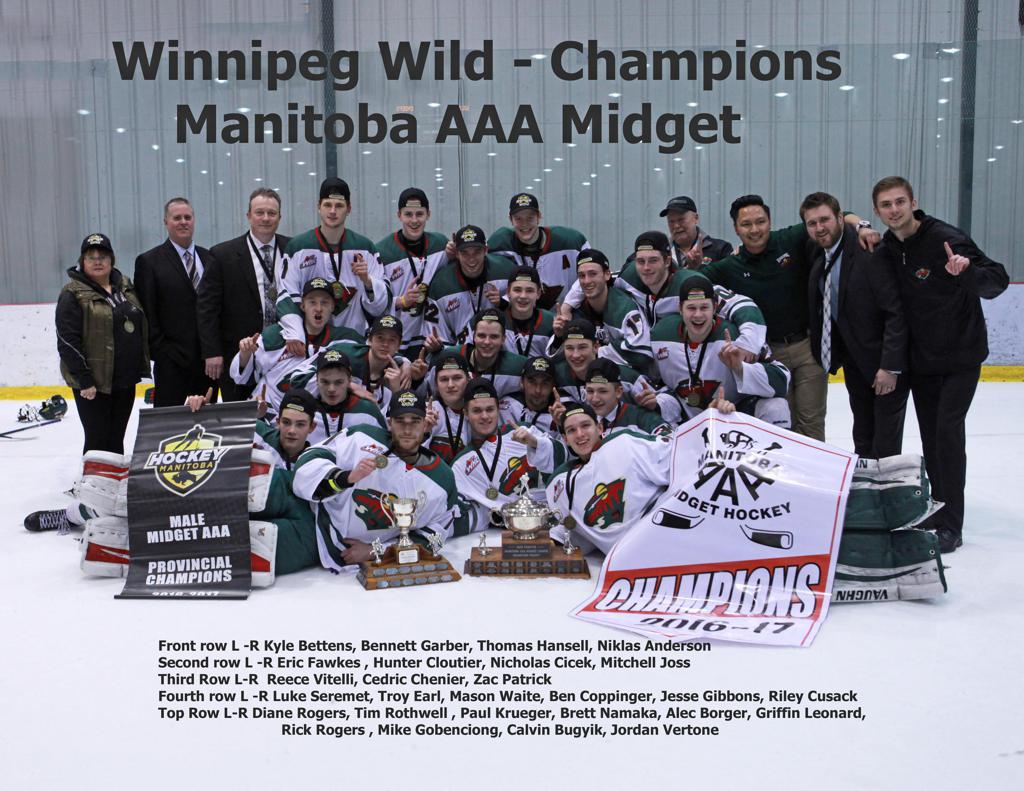